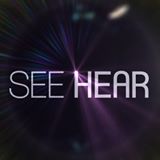 BBC Newsnight and BBC SeeHear recently produced a piece about the shocking abuse in Woodford School for the Deaf in East London, which spanned over three decades, and was finally closed in 1991.

The school was run by husband and wife Beatrice and Eric Ingall. She taught the young children, while he was responsible for other general jobs such as driving the bus or ensuring the grounds were in order.

He was also accused of horrifically assaulting the children.

Former pupils heartbreakingly reveal in the film how the abuse “took place every day, at any time” and how Mrs. Ingall was aware and indifferent to the abuse. They also recount how he would enjoy seeing them suffering and even say “thank you” after his ghastly encounters.

The children were aged just 3-11 years of age so most would have been unable to recognise what was happening to them.

Ex-pupil David reveals how he “didn’t know anything. I thought [the abuse] was supposed to be fun and acceptable. I just went along with it, I didn’t realise.”

He says that it wasn’t until later in his life when he was training to become a social worker and was learning about sexual abuse, did he realise what it was that had happened to him.

While we are in no way insinuating that the onus is on the child to be educated about sexual abuse for it to not happen (of course the responsibility always lies with the adult), but David’s story is a reminder of why we desperately need safeguarding measures in place.

However, sadly, in these cases the ability to recognise the abuse would have not been enough for the children to seek help. At Woodford School they were unable to  use BSL and had limited written English vocabulary. This enabled this particular abuse to slip through the net for so long.

There was no true justice for the children at Woodford. Ingall was put on probation and fined £50 in the Seventies but the abuse continued. In 2004 the full case finally came to trial but fell through. The judge stated that too much time had passed and the fact that Ingall was now 80 and senile rendered him unfit to stand trial.

This unfair and disrespectful verdict did not take into account the years of confusion felt by the former pupils and the fact that they didn’t communicate to anyone what had happened to them until they were much older. This proves how dangerous it can be to deny a child the right to their Deaf identity and access to a proper inclusive education.

The NSPCC states that “with hearing children it takes them seven or eight years to disclose [abuse], so you can imagine with a Deaf child it’s much longer.” They also stated that Deaf children “are three times more vulnerable to being abused than hearing children” and that this abuse is still continuing despite many residential Deaf schools are closing down.

Abusers will always seek out the most vulnerable to inflict pain onto, thinking they can get away with it. If we equip Deaf, disabled and other sensory impaired young people with the tools they need to protect themselves we can stop future incidents like Woodward from ever happening.

Here at Enhance the UK we want to create our own online Sex and Relationships Education (SRE) resources which are fully accessible in BSL, highlighting the specific dangers and risks that are prevalent to Deaf and disabled young people and are dedicated to raising funds to do so.

Please sign our petition here and help us campaign for widespread inclusive Sex and Relationships Education (SRE) in schools across the country.