Disability and sex lessons from a striptease artist

“What stripping for people with disabilities taught me about sex”

Ruth Ramsay is a sex educator and coach, but for over a decade was a striptease artist ‘Solitaire’. Here she shares the lessons that performing for audiences with disabilities has taught her about disability and sexual needs.

“Right now I feel on top of the world!”

Peeping out through the stage door, I see the audience are ready for the show to begin.

I’m performing at Extreme Burlesque, a striptease show for people with disabilities. I’m delighted to see many of the women in the audience are dressed-up, with feather boas draped over wheelchairs and sparkly makeup. It’s always more fun as a performer when the audience is into it.

Chatting to some of the ladies later, I become aware there is more at play here than a fun night out. “Thank you for this” one says, gesturing to the glittery corset her carer helped her to put on earlier. “I never get the opportunity to dress like this. I never get to act as sexy as I am inside. Right now I feel on top of the world!”

I hadn’t thought before about the day-to-day barriers people with disabilities may face to express their sexuality. There was also the deeper issue of ‘desire – ability’*: we receive messages from media, culture, caregivers etc about what bodies are approved in our society to feel desire (as well as which are desirable). This nuance was something I had never been aware of before. 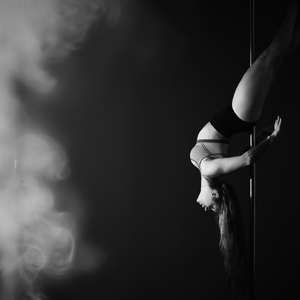 I’m stood by the stage curtain, ready to step out onto the stage and start my show, and I’m feeling emotional.

It’s a Sunday afternoon at a strip pub in London. I have just been talking to the friend of a young guy in the audience who I’ve seen before on Sunday shifts. He has cerebral palsy, uses a wheelchair, and has limited control over his movements and vocalisation. His friend lines up pound coins on the edge of the table (this is a venue where we collect £1 from each audience member in a beer jug before each show), and he has just enough mobility to knock them into the jug if we hold it just below the edge of the table.

This same friend has just explained his Sunday visits to me. The disabled mans mum – his main carer – thinks he’s at a social club for people with disabilities, with a membership fee. She’s happy to pay, as he comes back so happy and invigorated. She doesn’t know he is visiting a strip pub and the money is going to dancers. “This is the highlight of his month. It’s what keeps him going the rest of the time,” his friend tells me.

Night of The Senses

I’m gazing around me in amazement, my eyes drinking in the scene of naked skin, moist lips, kinky and fabulous outfits and sex acts happening in full sight…

Skimpily-dressed people are kissing, caressing and more; there’s leather and whips and toys; the dancefloor is a mass of motion, smiles and laughter. And about half of this sexy crowd have disabilities.

It was an important lesson to me early on, that having a disability in no way necessarily impairs a person’s ability to want or enjoy sexual pleasure. Access to such pleasure should not be dependent on a conventionally ‘functional’ or attractive body. “Of course!”, I hear Undressing Disability readers shout. But nearly 20 years later, it still feels mainstream awareness is lagging behind.

My final lesson brings us back to my Extreme Burlesque. During my striptease I am allowed off the stage to roam around the audience.

At mainstream venues like this I’d sometimes choose a guy to undo my bra clasp. Usually this involved quite a bit of fumbling and took some time! I admit that in that moment, I assumed that it would take an audience member here a lot longer.

I chose a guy who had the mobility in his arms and hands to attempt the task, and was sat where I could rest on the edge of a table while he took his time. He had a respectful vibe – I didn’t want to get groped – and looked like he had a sense of humour.

Sashaying over to him, I gave him a big smile, then turned my back and pointed to my bra clasp, with a “will you undo this for me?” motion. I settled down in front of him, ready for us all (him included) to have a laugh as he tried to undo it, looking back over my shoulder at him.

He gave me a cheeky grin, then with one hand quickly reached up, pinched the clasp between finger and thumb and pinged it off. It was undone in under a second. Never before (or since) has anyone done that so expertly.

Lesson – do not assume someone’s level of sexual experience and expertise based on them having a disability!

These lessons served me well during my career as a stripper, and continue to now I am a coach. I was taught the healing power of sexual energy; made aware of how many people are denied access to it; saw the importance of feeling desire-able (as well as desirable); and learnt to never make assumptions. Plus so much more that there isn’t space to mention here.

Without these lessons, I might have had fun as a dancer for a few years, then left that world behind. Instead, working with sexual energy became my life’s passion and purpose.

Thank you to all the diverse communities – including disabled, trans, ageing and non-binary – who continue to teach me so much and expand my view of sexual expression.