“I was born with a disability called Holt-Oram Syndrome.  It affects the bones and muscles in my entire upper body and causes Congenital Heart Disease. Don’t worry if you haven’t heard of it, no-one has – even doctors.  It’s really rare.”

This is the explanation that has unintentionally defined my life since I was diagnosed with a rare genetic disorder at the age of seven. A rehearsed statement that has to be delivered repeatedly in the hope of gaining acknowledgement, understanding and assistance.  A disease is deemed ‘rare’ if it affects fewer than 1 in 2,000 people. Holt-Oram Syndrome affects 1 in 100,000. Worldwide, there are millions of individuals with equally rare and unusual conditions.

Pre-diagnosis, we didn’t have a name for it. I just had a sore Little Hand, an achy Big Hand, bony shoulders and a huge scar down my chest.  Getting diagnosed wasn’t at the forefront of the doctors’ minds. They casually asked when I was a child if we’d like to know the name of this weirdo genetic fault.  My mum and dad were eager – naturally, and it was eventually christened ‘Holt-Oram Syndrome’.  Mum remembers feeling relieved – we had a name! But in terms of my care – nothing changed significantly due to the lack of research regarding Holt-Oram.  We weren’t given much information by the medical professionals, either before or after my diagnosis. As far as the consultants were concerned, as soon as my heart was ‘fixed’ (spoiler alert: it didn’t stay fixed for long) it wouldn’t cause any further problems. They assumed my skeletal abnormalities shouldn’t affect me too much (despite experiencing chronic pain in my upper body since childhood).  How far from the truth that doctor’s blasé statements proved to be!

In fairness, the doctors didn’t know.  Holt-Oram is so rare, they couldn’t Google it in the nineties.  Holt-Oram isn’t the only misunderstood and under-researched condition, there are roughly 6000 other rare diseases, affecting an estimated 300 million people worldwide. 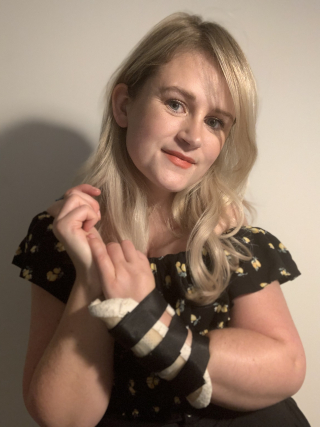 In the past, if a doctor hasn’t heard of Holt-Oram they have generally blamed me by insisting that the symptoms I’m describing are psychological.  Due to such little knowledge, a lot of the paediatric doctors I met refused to accept that their awareness was limited.  This caused a huge neglect in my care, and worsened my symptoms as they remained untreated.  As I’ve got older, awareness has improved and I finally have a great team of specialists – but it’s taken years of fighting to get this far.

When someone asks me what’s wrong, or a more specific question: “why don’t you have any thumbs?”, “what are those scars?”, “why do you need an adapted car?” I feel sheer panic at having to explain Holt-Oram and how it affects me.  Most people actually lose interest precisely 0.9 seconds after asking.  I feel as if I’m on a very bizarre quiz show with a buzzer about to go off as I’m quickly stumbling over my words in order to provide you with the knowledge you require.

Trying to explain a rare condition to someone is a stressful challenge, but it’s even more difficult when requiring assistance. If I’m struggling to pack shopping into a bag, I’ll hear myself saying “I’m sorry, I’ve got really useless hands”.  If I desperately need a seat on the train I’ll be trying to explain and apologise, “my spine is really wonky and painful” because it’s easier than giving a full medical description. I find myself apologising a lot, even though it isn’t my fault that I have a rare condition. If people haven’t heard of the condition they’re less likely to take me seriously. It’s hard enough explaining it to medical professionals, let alone the general public.

There are countless other medical conditions that are well known, such as Arthritis or Cerebral Palsy. Those with widely understood and researched conditions don’t experience the same barriers as people with rare diseases.  Even if people don’t exactly know about these conditions they’re aware that they legitimately exist. When I require assistance, I often find it much easier to say “I have heart disease” as this is an illness that everyone is aware of and many are affected by. Something well-known is instantly acknowledged, and I never feel the same need to apologise when explaining a condition like this.

On 28th February 2022 it is Rare Disease Day.  This is an annual opportunity to raise awareness of overlooked and under-researched rare conditions. With the hope of improving medical representation and access to treatment. Research and awareness for rare diseases and their charities is crucial.  These charities find it more difficult to raise funds due to reduced awareness. Therefore, this causes a lack of medical research.

It is incredibly overwhelming to be aware of every single condition that exists – there’s thousands that I’ve never heard of.  But, you don’t need to be a medical genius to acknowledge that there are millions of people worldwide living with rare diseases. These quirky and unique conditions, and the individuals they affect, deserve recognition!