In A Spot Of Bother With The Kids

By Enhance the UKApril 8, 2016Disability, Lifestyle

Hello everyone, I’m back. It’s seems like a lifetime since I sat down to write this blog. The reason being, would you believe, is that I have been suffering from chicken pox of all things. At the age of 34, if you can credit it. There was I just getting prepared for the Easter Holidays from my job when all of a sudden, massive great ugly boils start erupting all over my bod,  leaving me totally knackered. Caused an almighty shock for my family as we had to make an emergency, weekend dash to our out of hours doc to get a diagnosis for the mystery illness. A very helpful, if severe Polish medic took one look at my spot-ridden face and said ‘Chicken Pox, get home and stay away from people!’ Which led to the next seven days or so of me being under strict house arrest, barely able to eat and dripping with Calamine lotion. I can’t tell you how ridiculous it feels to be knocked for six by something six-year-olds usually get. Take a look at this photo and you can tell how rank I felt. 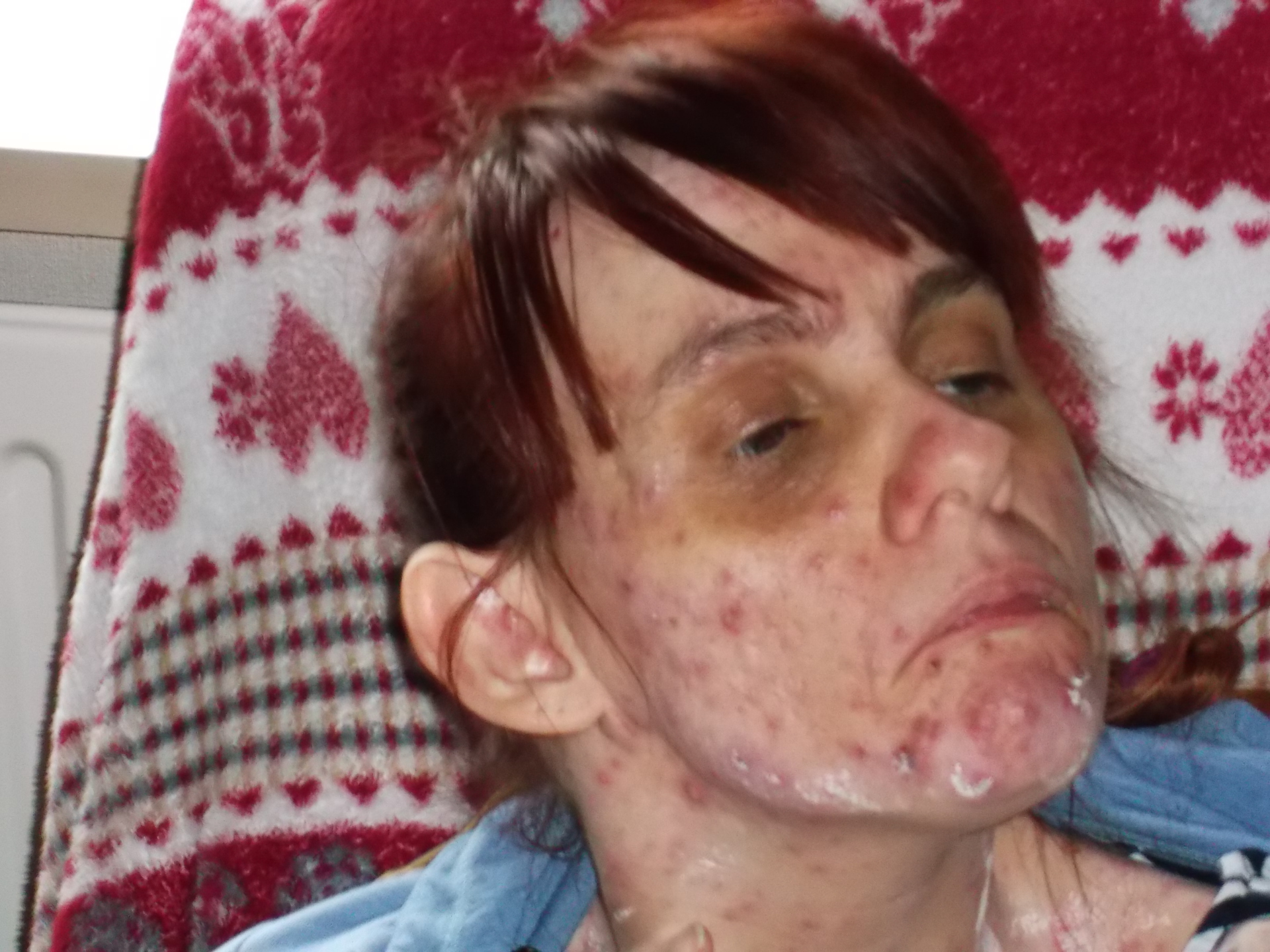 When you hear about Chicken Pox, people always refer to the spots and the infuriating itching. But what they fail to mention is the absolute exhaustion that comes along when you catch it as an adult. That’s what literately lays you low. For about a week my days consisted of waking up at the ungodly hour of 11am, getting all dressed up in my best slobby gym wear, breakfast of orange juice, rest for a while, pick at a half a sandwich for lunch before tackling some high impact physical activity such as watching a Adam Sandler DVD, drawing or if I REALLY wanted to push myself, a game of draughts, refuel with dinner before flaking out in front of the TV. I am told that rest is the best medicine, unfortunately I have also been informed I am the world’s worse patient whose brain will not stop working even when a fever starts to boil it like a cabbage! It was only on Tuesday when I began to feel well enough to reengage with humanity again. Since then, my very patient family have been rehabilitating me with trips and meals out. However, it happens to be my bad/good luck that my convalescence coincided with the school hols so while my parents were trying to give me nice relaxing visits to local pubs and gardens we had to contend with hordes of kids running out of control.

This brings me to the real topic of my blog, a subject that was raised by Clare Foges in The Daily Mail on the 9th of March, the bugbear that many of us childless and older individuals.  The seeming tendency of modern parents to believe that the rest of us have got nothing better to do than tolerate the behaviour of their offspring. It seems to be the fashion to believe that just because you have somehow managed to produce a replica of yourself that the world and everyone else in it should just bend down and worship the ground they toddle on. That every place and event should be made to cater for kids and that their bad behaviour is just some form of self expression.

I am at risk of being hypocritical here as growing up, I was what can only be described as a brat. I had tantrums nearly every day and very often in public. Much of my anger was born out of frustration with my disability so I am fully aware that whether big or small there is always a trigger for a screaming fit. But the difference is that when I was losing my rag, my parents always had the good curtesy of removing me from the situation so that my behaviour wouldn’t disturb others. Yes it was hard for them to deal with but they knew that as I was their child, dealing with me was their responsibility.

If one wants to be forgiving, you could suggest that these parents are simply choosing not to give a response to their children’s bad behaviour and by ignoring it teach their kids it doesn’t get them anywhere. Other more damning individuals will say they are just too lazy or incapable to discipline their little darlings. But whatever the reason, good or bad, the inaction of the parents is displaying a very poor message in showing that you should have no concern for other members of society. And that does seem to be the attitude of many of today’s mothers and fathers. That everyone and everywhere should be ‘family friendly’ while they are not ‘society friendly’. Call me old-fashioned but I do believe that there are certain places that should remain child free. Is there really anything wrong with adults such as myself and my parents wanting to enjoy a meal out at a pub or visit a garden without having to put up with the antics of the under tens?

But while all these can be classed as general complaints about unruly children and neglectful parents, what really bothers me is the attitude of some people on public transport. After many years of fighting, we disabled people are now fortunate enough to live in a country where buses and trains have to provide us access by law. Spaces for those of us in wheelchairs are provided and naturally if no-one is using those spaces I don’t have a problem with them being taken up with buggies and pushchairs. But it seems because of this, many parents of small children have come to believe that they have the same rights to these spaces as the people who actually really need them and quite frankly they do not.  Yes, I imagine it is difficult for a mother (or father) with a pushchair to navigate public transport but the truth is a small child can be removed and a buggy can be folded down where as a wheelchair very often cannot. I am baffled and saddened when I read about mothers acting with indignant outrage when politely asked to make way for a person in a wheelchair, as if they are the ones having their rights violated.

It is a situation that I have experienced first hand. My parents and I are fortunate enough to be able to afford to visit the West East once or twice a year to see the latest musicals (or in my Dad’s case sleep through them). Because Dad doesn’t like driving in London, we catch the train from our local station to Charing Cross. On one occasion, we got on the train only to find the disabled space had been taken up by what can be best described as a ‘chav’ and her three daughters. My mum politely asked her to move which she did with much rolling of eyes, muttering that the space was ‘for kids too’. When my mother challenged her, she exploded in a tirade of foul language, saying if mum ‘hadn’t been so old  she would slap her!’

I understand that having children is both a joy and a trial, but I fail to understand the attitude certain people have that their off-spring should be the centre of the universe. They might be to you but to the rest of us they are simply another person and that is a lesson they will have to learn one day. By not displaying consideration for other members of society, parents are teaching that they are the only person who counts and one day they will be in for a tremendous shock to find out that isn’t the case.