By JenFebruary 12, 2015Disability, Lifestyle, My story 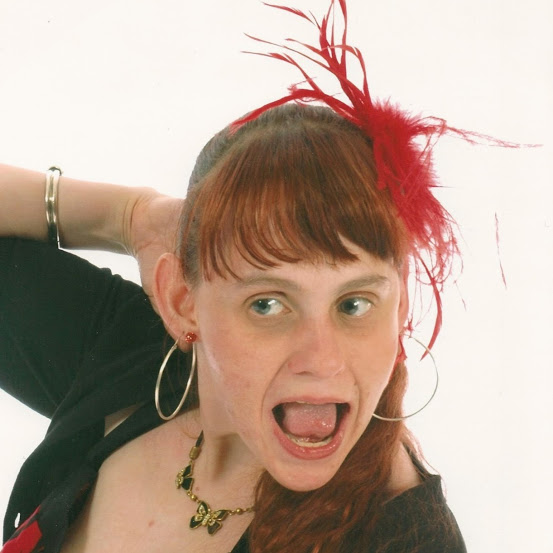 Taking sides in an argument between ‘professional’ Celeb and glamour model Katie Price and semi-professional troublemaker and glamour nothing Katie Hopkins is a bit like saying whether you prefer eating you own earwax or someone else’s. No-one should be that interested in your answer and which ever camp you place yourself in does nothing to flatter how people see you.

Normally I wouldn’t be in the slightest bit interested in such a spat but when it erupted in the Celebrity Big Brother house recently the subject matter this debate between these two intellectual behemoths compelled me to chip in. I don’t watch said programme (I used to but tapped out around the time of the infamous George Galloway cat episode) so all my information on what happened is received second hand via various web sites and newspaper articles but from what I gather the issue is this. Hopkins laid into Price for not paying the £1,000-a-day travel costs for the transport and care to take her severely disabled son Harvey to and from his special school. Price defended herself saying that it was the Local Authority’s responsibility to pick up the costs.

Now, I’m far from being ‘The Pricey’s’ number one fan and there are a lot of issues about how she lives her life and makes her money that I would happily criticise her for, including the fact that she is the ‘author’ of a range of books that were written by a ghost-writer. So I’m as shocked as anyone to find myself being whole heartedly on her side. Katie Price has done nothing illegal by claiming this help. We are fortunate enough to live in a country where every child, regardless of social standing, gender, or disability has a right to access a suitable education provided by the government, it is one of the things we should be proud of. Katie is totally within her rights to expect the tax-payer to foot the bill to cater for her child having access to an appropriate school.

Hopkin’s argument is that unlike a lot of families with disabled children Price has more than adequate income to fund her son’s transport needs out of her multi-million pound empire. While it is hard to argue with this, I do wonder who would truly benefit if Price agreed to take on the bill out of her own pocket. Would the yearly saving really go towards more deserving families or, as I suspect, would it be just another handy saving made by whatever council who formally paid it to add towards the growing nationwide endeavour by the coalition government to cut spending on disability provision?

The problem Katie Hopkins seems to have (among many others) is an inability to tell the difference between necessity and luxury. Yes, the fortune Price has built on the back of her image has no doubt given her choices and opportunities that the rest of us can only dream of and the chance to give her kids all the privileges any parent would want for their children. But her son’s attendance at a school that deals with his complex needs isn’t an unnecessary indulgence; it is a vital method of dealing with his impairment in the most suitable environment. It would be ridiculous to suggest he could attend a main-stream school. This is an issue that needles me every time I hear parents complain about catchment areas and getting their little darlings into the school with the best OFSTED report. If your child is able-bodied you have no idea what it means to have a limited choice in your son or daughter’s education. When you have a disabled child, you are more or less told school X is the nearest/cheapest one to deal with your child’s disability so that’s where they’re going. When I was 13, my special school told my parents to look for somewhere else because I was a lot more academic than the other children they catered for and I wouldn’t reach my full ability if I stayed there. None of my local secondary schools would take me and I ended up having to take a 3 hour daily round trip to a special school that allowed me to sit my GCSEs. Maybe if suitable education for disabled children wasn’t such a rarity and special schools weren’t being shut down left, right and centre then local authorities wouldn’t have such massive travel costs for children such as Harvey.

But what really annoys me is not what Hopkins said but what her comments imply. Someone once told me that the major challenge faced by disabled people in modern Britain was that we as a community see disability as a problem to be dealt with by the sufferer themselves and their family, and not society at large. Your average person is happy enough to feel sympathy for someone with a disability, more than willing to drop what they can afford into a charity bucket now and again, as long as helping disabled people isn’t costing them in money or convenience more than they’re willing to afford. What Katie Hopkins is really saying is, ‘I’m not happy that the taxes I pay are being used towards aiding a disabled child when their parent is capable of doing it themselves. He’s your son, his disability is your problem.’

But Katie Price, for all the mud that is slung at her, never decided to have a disabled child. No parent ever enters into parenthood consciously making that choice. It is one of the very unfortunate things that happens and when it does, no matter if you’re a billionaire or a beggar, you do what you can to best meet the trials it brings. But it shouldn’t be wholly your responsibility. Every child grows up to become a member of society and it is the responsibility of any civilised community to take care of their most vulnerable members.

It is so easy to pour scorn on Katie Price, the media does it all the time and some of it she does bring on herself. But when you add not paying for her child’s transport costs to the list of accusations you’ve got to ask what messages it sends out about other families of disabled children and how we view our responsibility towards them. The only thing that gives me hope in this situation is that Hopkins is well known for making inflammatory comments such as this about just about any subject and most people possess the intelligence to know that she does it to inflate her own twisted ego. Hopefully, like the majority of bullies, if we ignore her she will eventually get bored and go away.