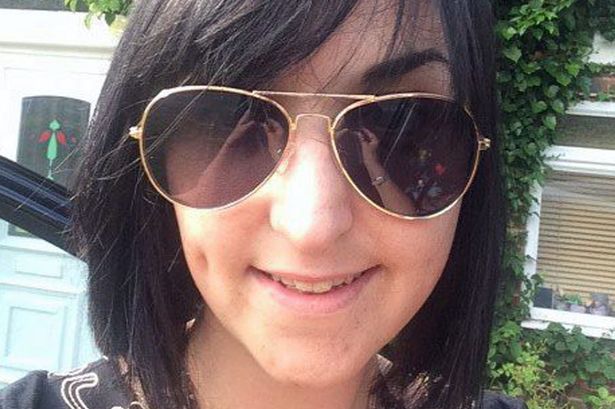 As anyone who has been reading this blog regularly will realise, my main focus is, on the whole, stories and matters that mainly concern people with a disability. Partly I hope that by giving my opinion in an entertaining way, I will be able to help shed some light on what it’s like to be a disabled person living in Britain today. The problem with most of these stores, if you could call it a problem, is that the issues they raise usually are only relevant to people with impairments. However, there was a story this week about a disabled person that totally overlooked the fact that the issue it raised could have happened to anyone and it only became newsworthy because it was a disabled person who was unfortunately the victim.

It involved mum-of-three Beth Lloyd from Ashington West Sussex who has Crohn’s disease and arthritis. Like many busy modern mums, Beth does her weekly shop online, via Tesco’s website. Recently, she made the mistake of booking the wrong time slot for her delivery, meaning that her groceries arrived an hour earlier that she was expecting and therefore she was not able to get to the door in time to answer it. Her husband got there just in time to see the driver depart and found that he had left a card addressed to ‘Mr & Mrs I Can’t Be A***d To Go To The Shops.’ While it’s understandable that for someone with Mrs Lloyd’s limited mobility such a crass remark is deeply upsetting and offensive, the reporting of this incident glosses over one vital factor. It is a news story solely because Mrs Lloyd was physically unable to get to answer the door. But even if she had been, even if she was a perfectly physically fit individual who had just popped out to her back garden when the delivery man just happened to arrive, it doesn’t give him the right to insult her. By making the story about Mrs Lloyd’s disability, the media seems to be saying that had she been able-bodied the rude note would have been less insulting. Okay, the sentiment might not have hit such a raw nerve but surely no-one deserves to be called lazy just because they made a mistake on an online form.

Tesco offers this service because they are able to and it makes them money so the people paying for it should expect to receive their goods in a courteous and professional manner. Yes it might be annoying for the driver to turn up to a house where it appears no-one is home and I wouldn’t blame him for having a moan to his colleagues about it. Everyone who works in retail has had to deal with a difficult customer.  But that doesn’t give you the right to make snide comments to their face (or in this case push them through the letter box). You receive a wage to do a job and in all cases there are going to be aspects of that job that bug you but you have just got to deal with them like an adult and vent at an appropriate time. Whoever pays the piper calls the tune and in another situation, when you have the money in your hand you’ll expect to be treated with a bit of respect. That’s how it works. If the driver bought a shirt from M&S and had to return it, he wouldn’t be happy if the person on the counter called him a ‘stupid, fat git’. Having a disability doesn’t give you extra rights not to be insulted by the people you receive services from, that should be something we should all expect and give. I’m just baffled that the driver would think it was appropriate to leave such a note and not have it come back on him in some way.

Perhaps big business is to blame, (it usually is). Perhaps it’s a trickle down effect, companies don’t respect their staff so staff don’t feel they should bother so much. Maybe. But then again, I was brought up with a different work ethic. For me, if you do a job you should do it well not for any financial or exterior reward but for your own self esteem. Yes, the people you are working for might not appreciate it but at least at the end of the day you can say ‘I’ve done my best. If people are unhappy, it isn’t because of something I’ve failed in. I’ve given my all as a designer/carer/Tesco driver/poodle juggler and no-one can take that away from me.’ There is a reward in that feeling like no other, because it’s a satisfaction that’s earned and given by yourself to yourself. And if we all did that, not only would our self esteem swell but we would all receive a better quality of service. Or at least not get the sack!