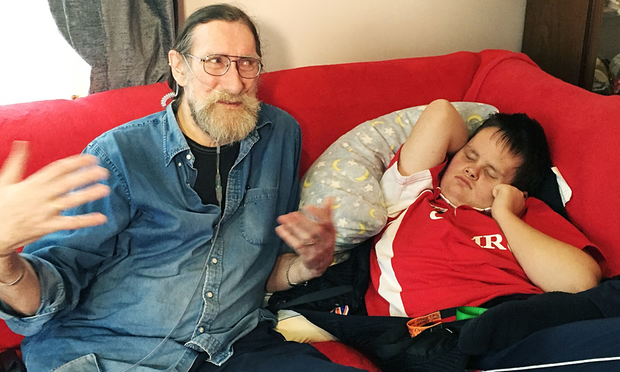 I like to think of myself as a rational, level headed individual, who doesn’t see herself as a victim just because she has a disability.  I also like to believe that most of the prejudice that I and other disabled people face comes purely down to people’s misunderstandings about disability and not deliberate dislike or hatred.

But now and again, I will read something that makes me question how able-bodied people really view us and whether there is a hidden agenda out there that believe we are the enemy. This week saw a partial triumph for many disabled people throughout the UK when it was ruled that the government went against the human rights of 15-year-old Warren Rutherford who has a severe medical disorder when they demanded that his family pay the controversial bedroom tax on the room used by carers who assist with his overnight care.

However, the government is now appealing the case, which also deals with the incident of a victim of domestic violence who was taxed on the panic room in her home, even though costs of legal action will total more than would be lost by dropping the case. I want to believe that the government’s motivation was purely financial, it wouldn’t make the tax any less problematic but it would at least make it seem less like victimisation.

But the fact that it is costing more to fight the decision than to abide by it leads me to feel that the government are doing so because of some ‘moral’ reason. That they believe that people like the Rutherfords are somehow ‘getting away’ with something. It’s a troubling attitude and worryingly I wonder if it is the sole reserve of just those walking the corridors of power or whether our elected ministers are just doing what they are meant to by reflecting the attitudes and beliefs of society as a whole.

I imagine, it is very hard for someone who doesn’t have a disability or a person with a disability in their family to understand fully the day-to-day difficulties faced by those who do. Looking at someone who uses a wheelchair, for instance, the instinctive assumption maybe that that person ‘just can’t use their legs’ but the extent of every disability goes way further than the symptoms that are visible to the passer-by. Sometimes a disability may even be invisible such as epilepsy, asthma, heart disease, cancer and innumerable mental illnesses. Disability impacts every area of your life and the life of those around you, sometimes in ways you would never begin to think about.

Only those who live with particular problems on a permanent basis have a full understanding of the impact they have and what is needed to allow them and their families to function. A civilised government should be one that caters for the needs of its most vulnerable citizens. It is very easy to look over the fence and see a greener grass but it’s vital to remember that something that might be seen as an unnecessary luxury such as an extra bedroom or regular massages might make the difference between a bearable life and one filled with pain. A misunderstanding of the fight for equality for disabled people is that everyone should be treated the same and disabled people are hypocrites for expecting ‘perks’ such as special parking. This is something I’ve written about before so I’ll try not to repeat myself. The point is that it’s not an equal playing field out there, that is the very nature of disability, and people should not be penalised for needing things that others do not. It angers and troubles me that  so much of the Conservative Party’s attitude to disability seems to be that it can be ‘motivated’ out of people. By slashing benefits disabled people will have to integrate more, that all we need is a short sharp shock. Not only is this idiotic, such policies send out the view to the general public that disabled people have it too easy. Everyone loves a scape goat, someone to vilify and blame society’s ills on and recently it seems like disabled people have taken on that mantle.

But the bedroom tax  is only one battle ground.  Around 14,000 people have already lost their mobility cars due to cuts. For many, such vehicles are their only means of accessing wider society and combating isolation. But many are denied this because they can ‘walk a short distance’.  Maybe so but facts such as these do not take into consideration the amount of energy it takes to do such a thing or the inconstant nature of many conditions. The person with a blue badge might walk from their car easily today but doing so might mean they need the rest of the week to recover.

Disabled people need to make themselves heard. As hard as it is for people like me to talk about our physical limitations, it needs to be done. Because if our problems aren’t seen, they won’t be seen to matter.