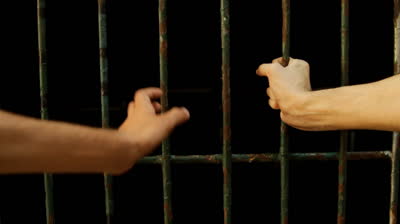 Recently, the Deaf community was rocked by the news of the savage murder of Christopher Pennman by Awat Akram. Both men were Deaf and the motive for the crime was supposedly jealousy over a woman they both had had a relationship with.

Akram stabbed Pennman multiple times while he slept, defenceless, in his bed. To add to the horror and hardship, Akram then went on to deny his role in the murder and mislead the police in their investigation. He has now been sentenced to life in prison – a minimum of 28 years.

Akram’s crime was clearly deplorable and he deserves to be punished while the public are protected from him. Yet, disabled inmates in our country are typically consigned to paying a much higher price for their crimes than their able-bodied counterparts.

The HM Inspectorate of Prisons (2009) found that disabilities are largely under-reported in UK prisons, with deafness being no exception. Many Deaf and hard of hearing people use British Sign Language (BSL) to communicate, yet a HM Inspectorate of Prisons survey found that just 16 out of 82 disability liaison officers said they had BSL trained staff to help Deaf prisoners with daily activities. Therefore, these inmates will likely find themselves in a position where few (if any) BSL interpreters are available to them during their time in prison, which may be for the rest of their lives.

The detailed 2013 study ‘Not hearing us – An exploration of the experiences of deaf prisoners in English and Welsh prisons,’ suggests that being denied the basic right to communicate, quite rightly, causes feelings of extreme isolation and loneliness. If deaf prisoners are not able to communicate, they are not able to fully assimilate into prison life which in turn reduces their likelihood of reform.

Despite prisons being covered by the Equality Act 2010 many Deaf inmates were still experiencing problems with access to education – a major tool in their rehabilitation. One hearing impaired inmate even claimed that he could not access 90% of prison classes without a support worker.

Enhance the UK believes that by implementing disability awareness training and sign language courses into prisons for prison staff, these issues can be more efficiently and economically dealt with than they currently are.

97% of all offenders say they want to stop offending and the biggest factor (68%) helping them do this is having a job and prospects. When you do not invest in a minority group in prison, much like in regular society, you are already robbing them of any hope of turning their lives around. When offenders have something constructive to focus on and a chance to better themselves, our community as a whole benefits.