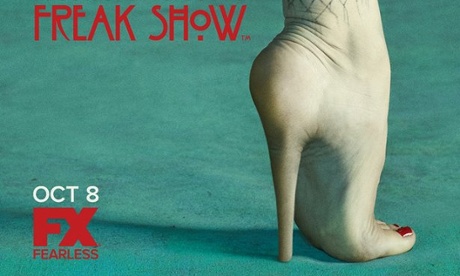 The new season of the popular U.S TV show ‘American Horror Story’ hits our British shores on 21st October, over on FX, in time to get us excited for Halloween. For those unfamiliar with the concept, ‘Freakshow’ is the 4th season of the AHS franchise which started in 2011, reusing the same cast over again but always with a different setting and storyline. Previous seasons themes include ‘Asylum,’ ‘Coven’ and a haunted house all designed to be creepy, sexual, funny and very different to anything else out there right now.

However, this upcoming cycles content has ruffled some feathers within the disabled community, and it’s not hard to see why. ‘AHS: Freakshow’ is set in 1950’s Florida centering on a group of people with obvious physical disabilities banded together in one of America’s last ‘freak’ shows. Some actors playing these roles are genuinely disabled, such as the worlds smallest woman Jyoti Amge, and others not, where recurring actress Sarah Paulson plays conjoined twins.

The use of the archaic word ‘Freak’ serves as a useful reminder to us of the terms that have come and gone, much like racially prejudiced terms, that are no longer acceptable in the modern PC age. This is a credit to our society, to recognise as a whole that these terms along with ‘crippled’ and ‘handicapped,’ are no longer acceptable; yet it is also unnerving to see published so brazenly again. As Howard Sherman puts it in his ‘Guardian’ article on this topic, ‘[freak] is a slur – and though it might be accurately portrayed on screen or on stage, it’s not yours to reclaim for someone else, even characters in a show.’

Especially when paired with the series promo poster, a ghostly looking misshapen foot next to the title ‘Freakshow’ (see above), gives the impression that we are to fear and gawp at. This is, after all, supposed to be the portrayal of a ‘horror story.’ Yet, what precisely is so ‘horrific’ about the disabled form?

After watching the first episode, it is apparent that the ‘freaks’ are supposed to provoke a feeling of unease in the viewer, yet they are also built up as multi dimensional characters. But this privilege is mostly enjoyed by the non-disabled actors playing disabled roles. Jyoti Amge, a 20 year old woman with achondroplasia, is permitted just a few lines in a bit part that is doubtful to last the whole season. Additionally, she is routinely picked up and carried around by cast members, fueling the infantilization of those with small stature. It does, frankly, reek of objectification.

Regardless, this popular television show has decided to put disability, and how those with disabilities used to be treated so callously not all that long ago, at its forefront. ‘Freakshow’s’ were something that happened in society, and to ignore that fact in popular culture would be the same as claiming it never existed. 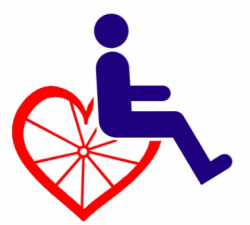 Many of us with at least moderate awareness of the disability world are familiar with the concept of ‘devotees’ – a person with a specific sexual fetish related to disability or only interested in having relationships with a disabled person. This is usually relatively harmless when those involved feel safe, respected and are aware of one anothers intentions, much like in any other relationship.

But what happens when an able-bodied persons admiration for the disabled form transcends desire and becomes part of their perceived identity? This is where ‘pretenders’ and ‘wannabes’ come in. Both typically view themselves as being ‘trans-abled,’ where similarly to transgendered people they feel as though they have been born into the wrong body. They then often identify with one specific disability and then proceed to act it out either privately or publicly.

One such ‘pretender,’ only making himself known as Chris, was profiled in the recent American TV series ‘Seven Deadly Sins.’ Chris hides his pretender status from those around him but feels conflicted within himself when he is not in his wheelchair. Of his identity crisis he poignantly revealed that, “what I want my life to be like is what is the detriment of a lot of people’s lives, the worst thing that’s ever happened to them, and I think it would be the best thing that ever happened to me.”

Wannabes take things one step further and go to extraordinary lengths to deliberately become disabled, by perhaps amputating a limb or rendering themselves paraplegic, often with a very precise idea of the disability they identity with. A chilling post from DisabledPlanet.net’s ‘Wannabe and Pretender’s Forum’ reads: ‘I have seen a lot of amputee wannabe’s [on the forum] so far but, no paraplegic wannabe’s. I’m a 35 year old para pretender looking for chat. [sic] I’m serious about trying to get the job done. If anyone has any suggestions or ideas […] send a message.’

One blog entitled ‘Wheelchairconfession,’ tellingly unveils the link between devoteeism and pretending. For these people disability is not only their identity, it also excites them sexually. One blogger revealed that: ‘I told my girlfriend about my wheelchair. […] I started by telling her I had a fetish/fantasy about [having sex] while on my wheelchair. I proceeded to tell her that I’d like to try doing everyday things from a wheelchair.’ Another blogger laments the fact that he still keeps his pretender status secret from his partner but chronicles his excitement when she asks him to dress up in a pirate outfit, complete with a fake hook hand, in the bedroom. Infact, many ‘pretenders’ and ‘wannabes’ report having the sexual desire for disabled people first from a young age, which in turn progresses into the desire to BECOME a disabled person.

It is easy to see why people get riled up by ‘pretenders’ and ‘wannabes.’ Many truly disabled people find it hard to see why somebody would choose to have something that makes their life harder, or changed their life completely. They may feel like ‘pretenders’ do not understand the full seriousness of having a real disability and just enjoy the sympathy or attention stemming from it, or even that they are infringing on a culture that is rightly and wholly theirs.

However, the feeling of being ‘trans-abled’ is medically acknowledged as being a legitimate physiological condition known as Body Integrity Identity Disorder (BIID). Could this in itself then be acknowledged as a disability? Would there be limits on how these people choose to live their lives if they wanted access to the same amenities specifically reserved for genuinely disabled people? In a world where all minority groups are still fighting for their right to be heard and accepting people of all kinds is becoming increasingly regular dialogue in our society, should we just live and let live? There is, frankly, a Pandora’s box worth of questions and issues.

On one final note, an anonymous ‘pretender’ interviewed by ‘New Mobility.com’ had this to say: ‘Pretenders don’t hurt anyone, as long as they’re not trying to scam government benefits or taking services away from people who actually need them. We have a ‘fetish,’ an ‘interest,’ or even a ‘disorder’ — call it what you will, we’re just living our lives in the only way we really can.’