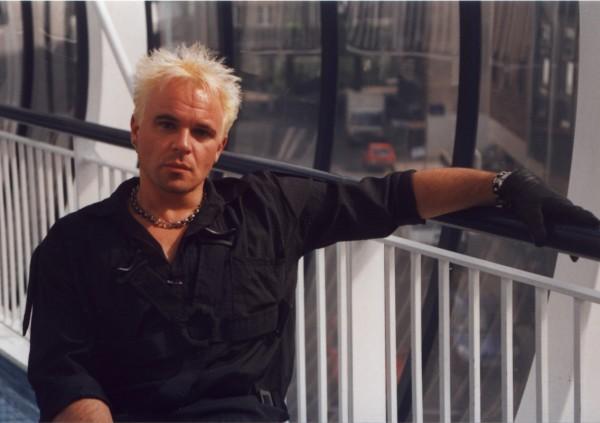 By Enhance the UK | Lifestyle, My story | No Comments

When I was 15 years old an unexpected side effect of a successful treatment I underwent as a baby for a cancer caused my spine to collapse at the L1 vertebrae. After two surgeries, a spinal decompression and a spinal fusion, and nine months of total bed rest, I left hospital as I full time wheelchair user.
No one told me straight away that I was going to be permanently paralysed, but after years of unsuccessful physiotherapy, I kind of knew the answer when I asked my surgeon;

“Will I ever walk again?”

He tried, as gently as he could to break what he thought would be terrible news.

“No. I’m afraid the nerve damage is too great. We tried our best but I think you must start planning your life in that buggy of yours”.

The weird thing was by then I already saw going into my wheelchair as the best thing that had ever happened to me. Before the chair, I had spent my life being the good, studious son. I did well at school; already had a series of job offers for after me exams without even knowing my results and had a very conventional life stretching out before me. But this was not the life I dreamed of.

I wanted to be a musician, play in bands, dye my hair and rebel BIG TIME! It was only the shock of being so ill just as I readied myself to enter the big wide world that woke me up to myself. You see everyone thought I was going to die this time. So as I lay there in my hospital bed all I could do was list the things I would never do.

“Never dye my hair, never go to a nightclub, but worst of all… never have sex!”

So the first thing I did after I wheeled my chair through my front door for the first time was dye my hair. I taught myself to play piano while I was convalescing, and promptly formed a band when I was well enough. I soon met a lovely girl and I lost that pesky virginity. My life was getting better and better at a time when most people would expect me to be at my lowest.

I continued to enjoy my life, living each day as if I was back in that hospital bed, thinking I was dying. My musical career blossomed, and I toured Europe with acts like Gary Numan (my teenage hero) and then went into TV presenting on kids television. One of the shows I presented, Beat That on C4, even won an Emmy and got a Bafta nomination. Things finally started to enter the realm of heavenly when I met a wonderful lady who is now my wife.

Then, in early 1999 I was involved in a massive car accident. The ever increasing amount of back pain I had afterwards led me to visit a hospital.

“Well it appears your spinal fusion has cracked,” the doctor told me.

Yes I’d broken my back… again!

By this time the pain was so unbearable I was taking Morphine all day everyday just to get out of bed and so it was decided surgery was the only way out.

My surgeon, Mr Ben Taylor at the Royal National Orthapaedic Hospital (RNOH) Stanmore, was one of those guys who filled you with confidence. He knew he was good, and made sure you knew it too.

His plan was to take out the damaged L1 vertebrae entirely and replace it with a titanium ring supported by two titanium rods.

“It’s a big job, but don’t worry you’ll be right as rain afterwards”

It was only after the marathon 15-hour operation that he admitted;

“This was the first time I’ve ever carried out this procedure.”

Anyway, first time or not, it worked. The pain went almost immediately. However throughout the six months I had to spend confined to my bed, something felt weird. It was only when I sat up and put my feet on the floor for the first time that I realised I could feel my feet again, after 25 years of nothing. Soon movement started too and so I returned to RNOH to find out what had happened.

No one could believe it, but after lots of tests I was informed;

“Yes Michael, it appears that you have regained a significant amount of sensory and motor function. I can only imagine that your nerves were not severed when you were 15 but were trapped in scar tissue. This last surgery has freed them.”

It also became plain that there might be a chance of trying to walk again. But the 25 happy years in a wheelchair had left its mark. My right hip had worn away and my bone density in my both my femurs were so low they might not carry my weight.

And so that’s my dilemma. While I seemed to have been cured by mistake, can I truly say that I miss walking so much I am prepared to undergo years of operations and physiotherapy or do I say enough is enough and carry on enjoying my life as a wheelchair user? 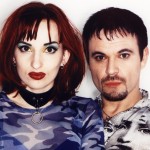 By Enhance the UK | Lifestyle, My story, The Love Lounge | No Comments

Believe it or not, I am a huge romantic. I know my public image is not exactly that of someone who calls their beloved “Poogle Bear” (it’s true I promise), or has a collection of so-called “girls” romantic comedy films. Most people would imagine I’d be more likely to gob in someone’s eye than send them a bunch of red roses on Valentine’s Day.

Well I am a big softy and proud of it. Love and romance is what makes life worth living and nothing is worth having unless you have someone to share it all with. I am very lucky I have found someone who I truly want to spend the rest of my life with. Better than that, she wants to share her life with me! From the moment I first saw her, 13 years ago, standing at the bar in The Electric Ballroom, Camden, I knew she was the one. It took me another 6 years for her see through my pathetic attempts at trying to chat her up while being cool, but finally I made my intentions plain enough for her to understand. Here we are, all those years later, happy as piglets in piglet clover.

It’s funny really, because I never thought I would find love. I had just started trying to get girls to notice me when my spine collapsed at the age of 15. Back then shy teenagers like me were blessed by the God of Fashion with the Futurist movement. Pop stars like Gary Numan meant that we didn’t have to be witty or chatty when in the company of girls. All we had to do was wear eyeliner, dress in black, pout, and stare at the floor… looking all distant and strange. However, I wasn’t sure if girls would want to go out with a bloke with a disability, with all those perfect specimens walking about. I had finally plucked up the courage to ask a girl out, and she had said YES, when my T12/L1 vertebrae gave up the ghost.

After 9 months in hospital I started my life as a wheelie. It took me about 3 years to get back to full health, but even then I was sure that no woman would ever fall in love with me. You see not only had the spinal collapse left me with no motor function in my legs, it had affected my sexual function as well. Mr Wobbly stayed Mr Wobbly no matter what happened. So you can see why I was sure I had a life of bachelorhood before me. OK I was lucky, I still had full sensation, but I didn’t know how lucky that was until later on in my life. I was also lucky that I fell in with a crowd of extreme feminists that believed penetration was an act of oppression and who thought I was their dream man. I won’t go into my sordid history, but needless to say that over the next 20 odd years I turned into the sexually confident, leather clad, cyberpunk you know today.

The sad thing is that I still come across (oo-er, missus) people that are shocked that I have a girlfriend. Before I started presenting TV going out was almost unbearable. I lost count of the number of times that blokes (and I use the word in it’s derogatory sense) would come up to my girlfriend and inform her that “she should try a real man”. They couldn’t understand why anyone able bodied would go out with me. Once I started doing TV this attitude changed, but more because they thought my girlfriend must be after my money than my body. I started going to fetish clubs because they were the only place were I could go with someone and be left alone. Those rubber clad perverts understood that whatever I could or couldn’t do, I was still a sexual creature.

A perfect example of how society views the subject of disability and sexuality is how the press destroyed my career. Back in 1991 The News of the World ran a two-page feature on me, predicting big things in my future, under the headline of “Wheely Sexy”. I even helped them compile a manual on coming to terms with a disability. However, just 5 years later the Daily Mail ran a story with the question “Is This The Right Man To Front Children’s TV?” all about the fact I wore leather and studs, and sang in a band who had sexy girl dancers on stage. They implied there was something funny about me being a kids TV presenter. All this came about because when I went on the record about how my disability affected my sexuality. I commented that the only people who accepted me as a sexual animal had a wardrobe filled with rubber- an observation about ‘acceptance’ that a lot of disabled people will be able to relate to. “Wheely Sexy” = good/ overtly sexy = bad. Thus ended my kids TV career. No parents would let their children appear on a show with me. Even though I had been presenting children’s TV for over 7 years and had been celebrated for my work (I won an Emmy in 1992 with my show Beat That), the idea of me being sexual was too much.

It’s this sexual double standard that we all have to deal with, and fight against. It doesn’t matter what our bodies can or can’t do, we are all capable of love. Isn’t it about time that our capacity to love is acknowledged, accepted, even celebrated?

All I know is my darling Diane and myself are going away for the Valentine’s weekend and if you are in the room next door, sorry for the noise.